Meet the AVEA Team of Instructors 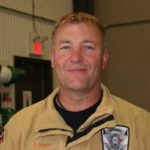 Randy has been actively involved in Extrication for over 29 years and is a Captain with the Calgary Fire Department. He serves as the Developer and Senior Presenter for BIG RIG H.O.T.S. Frequently he conducts training in vehicle rescue presents extrication seminars and training sessions throughout North America and around the world. Randy also writes articles for various fire magazines and is published in Fire Engineering, Fire Fighting in Canada, FS World (UK) and Canadian Firefighter Magazine.  He instructs at the Fire Department Instructors Conference (FDIC) in Indianapolis, Indiana USA on a regular basis. Randy is currently the Chairman for the Alberta Vehicle Extrication Association and former Educational Chairman for Transportation Emergency Rescue Committee Canada for the last 10 years, He has competed and judged regionally and internationally in extrication challenges for over 20 years. 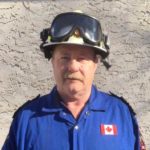 Started in the Fire Service in 1983 and served all ranks throughout his career. Darrell has received recognized PROBOARD / IFSAC certification as a Chief Fire Officer, Fire Service Instructor / Evaluator and Safety Officer. Additional education / competency as a Fire Inspector/ Investigator.

Retired as Fire Chief with Leduc County in 2018, Darrell has been involved in specialized rescue operations for thirty years with extensive experience in the instruction of fire personnel in vehicle / machinery rescue.  Rescue competitions have challenged him for many years, both as a competitor and judge / assessor. His passion has been in the specialized field of heavy rescue and technology. Darrell looks forward to working with everyone to assist and advance your competencies in rescue operations 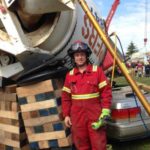 Jim was been a member of the Calgary Fire Department for 34 years. He retired as the rank of District Chief in 2021. Jim has had the privilege of assisting in the Big Rig H.O.T.S for the past 12 years.

Jim grew up in a Trucking/Farm family in Northern Alberta (Smoky Lake), and began his firefighting career at the age of 17as a paid on call firefighter in his home town.   As a vehicle extrication instructor for the CFD since the early 90’s he has been instrumental in course development and “Hands on Training” of Calgary’s 1200 Firefighters.

He continues to instruct vehicle extrication for the AVEA on a regular basis. Jim has had the privilege of assisting in the Big Rig H.O.T.S. for the past 10 years in Nisku, Advanced Heavy Lift in Calgary, as well as Farm Extrication, Man in Machine entrapment, and light vehicle advanced extrication with a focus on “Hand Tools.” 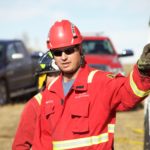 Andrew started his fire career volunteering with the Black Diamond fire department in 2007 with aspirations to become a career firefighter. In 2011 his goals were met with a full time career with the Calgary fire department. Andrew is still active in training with the Black Diamond fire department and began his pursuit of becoming a vehicle extrication instructor in hopes to better his knowledge and the knowledge of fellow firefighters. He also became a member of the Heavy Rescue team with the Calgary fire department in 2013 utilizing his vast construction background and knowledge in hopes to become a valued member on the team. He has since become an instructor for the Heavy Rescue program with Calgary and strives to keep his knowledge up on current techniques and practices used throughout North America to better his and his team’s knowledge. 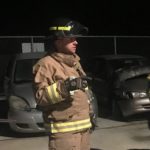 Colin has been a member of the AVEA group for the past 5 years and and had been with Rocky Mountain Phoenix for the last 9 years. He has worked with us for years prior to with tool support.  He has been active in the  fire service for over 17 years, spending nearly 10 years with volunteer fire departments in BC and Alberta as well as spending 6 years as an Fire Instructor working with Industrial Fire Brigades across Alberta.  For the last 7 years Colin has been with Rocky Mountain Phoenix as the dedicated Rescue Tool Specialist for the company, providing service, sales support, and training to our customers. 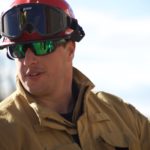 Julien has been working for Lac Ste. Anne County Fire Services for 12 years. He is currently the County Deputy Fire Chief of Training serving out of LSAC East Station. East Station is primarily dispatched to motor vehicle incidents along our many busy roadways. Julien spends a lot of time developing new tactics and learning from many others to add efficiency to our extrication techniques. On average at Lac Ste Anne County Firefighters will cut 150 vehicles per year as part of their vehicle rescue program. In Julien’s career with LSAC he has been fortunate enough to work alongside one of the founding fathers of AVEA. He quickly noticed the passion for vehicle rescue and allowed him the freedom to develop and implement the vehicle rescue and heavy rescue program that they are currently practicing within the County. Julien has also been very lucky to travel and learn from many different services and instructs or evaluate NFPA 1006 Vehicle Rescue programs, bringing home many new tactics and brilliant ideas people have to share. Julien started working with AVEA and its instructors 6 years ago. He is honored to work with and learn from the best vehicle rescue instructors in the world. It is amazing what can be accomplished when a group of people with the same passion for vehicle rescue get together. Julien feels he is very fortunate to learn from each and every one of our students which in the end helps him become a better instructor and a better Vehicle Rescue Technician on the floor. 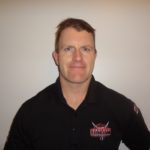 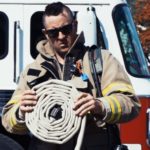 Junior Instructor Luc Coultry grew up in Alberta but has called Fernie BC home for the last 20 years.  His emergency background includes Mountain Rescue, Paramedic, Mine Rescue instruction & competition, Rope Rescue Competition, and is an active member of Fernie Fire Rescue.

Extrication, rope rescue, & confined space rescue are the areas that he thrives in. 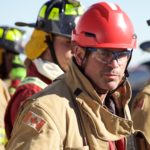 Neal discovered his passion for Firefighting as a teenager which forged his future as an adult.

Growing up in a farming and earthmoving family naturally moved Neal into the work force as a heavy equipment operator and Pipefitter in the oil industry.

Neal obtained a certificate in Public Fire protection from Manitoba Fire College in 1994. After a few years as an Oilfield Fire Fighter and EMT the opportunity to become a Calgary Fire Fighter presented itself in 2000. Over the last 21 years as a CFD member Neal has made Technical Rescue his main focus. Neal has instructional experience in the disciplines of Rope Rescue, Structural Collapse, Trench Rescue, Confined Space Rescue, and has been working with Alberta Vehicle Extrication Association for the last 9 years. Most recently, in 2017, Neal was promoted Captain. He previously held the position of Technical Teams Coordinator for three and a half years. This included working with a large team’s to facilitate, manage, research and develop the Technical Rescue disciplines in Aquatic Rescue (Surface and Dive), Heavy Rescue, Rope Rescue and Airport Rescue Fire Fighting for Calgary Fire Dept. Neal has a strong belief that Firefighters should be lifelong learners and building strong relationships is key. 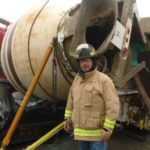 Steve has been actively working with the fire service for over 35 Years. He has taken extensive training in North America and around the Alberta area in vehicle extrication and other rescue disciplines. Steve has been involved in the Big Rig Training with Randy for the past 13 years since its inception and has a deep knowledge of Paratech Equipment and TNT Rescue tools. Steve is active in vehicle extrication competitions in the pit set up and tool demonstrations and scenario design at a regional, national levels. He has instructed numerous emergency services in extrication as an assistant instructor with Randy to meet the different standards drawing on knowledge, at a world level. 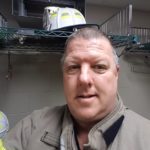 Pete Methner is a Platoon Chief with the City of Niagara Falls Fire Dept. and he has served the city for over 34 yrs.

He continues to teach vehicle extrication at all levels throughout eastern Canada and Upstate NY. Pete has been instructing with AVEA for the past 10 years. 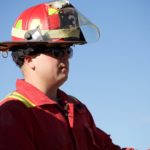 Gary comes from a farming & heavy duty mechanical background, east of Didsbury. He started with Didsbury Fire in 2008 and is currently a Lt. and is also a member of the Equipment committee.

Gary started with the Calgary Fire Dept in 2012 and works out of # 4 Fire on the Hazmat team since 2014, in addition to Hazmat, Gary is also a Pump & Aerial and Vehicle Extrication shift instructor. Gary started with AVEA in 2016.

The Alberta Vehicle Extrication Association (AVEA) would like to thank our valuable Sponsors. Select the corresponding logo to learn more about each company.